Time to reflect on Artsakh and Fight on! 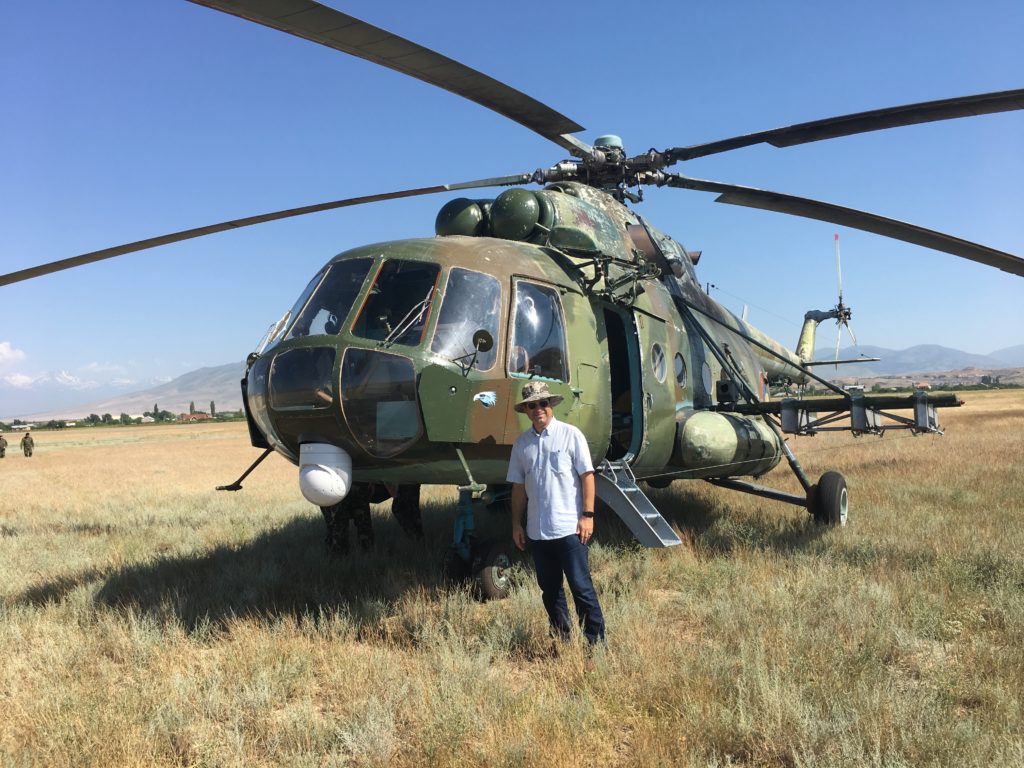 This week’s article on my Faculty Blog page was going to be on the era of peace and justice under President Woodrow Wilson and the importance of self-determination for nations. However, yesterday’s events made me change course to express my pain and the pain of our students of Armenian heritage at USC. After six weeks of intense fighting, Russia brokered a truce heavily favoring Azerbaijan, forcing Armenians in Artsakh to give up some of their ancestral lands.

In this short article, I want to speak to our students.

Before I address the merits of what happened, why, and its ramifications, I want you to keep Fighting on! Winston Churchill, very appropriately once said, “Success is not final, failure is not fatal: it is the courage to continue that counts.” I have no doubt you will continue your quest for justice. You carry with you the spirit of your proud ancestors. No war or agreement to end it can take that away from you.

There is no other way to describe yesterday other than as a day that will live in infamy in all Armenians’ history and memory. Russia and Azerbaijan forced Armenia’s Prime Minister to sign a land for a peace deal. Profiting from their brutal aggression, the aggressors pushed a ceasefire agreement that no Armenian would sign voluntarily.  Prime Minister Pashinyan said, “I have made a difficult, extremely difficult decision for personally me and all of us.” Sadly, the Prime minister consulted neither President Armen Sarkissian nor the Armenian people on this existential policy decision for Artsakh’s future.

Under the declaration of ceasefire, Azerbaijan will retain historic Shushi and will see the return of most territory gains of Armenians dating back to 1994. A Russian peacekeeping force of about 2,000 troupes will protect the “Lachin” corridor linking Stepanakert, the capital of Artsakh to Armenia.

As a governance and negotiation professor, a lawyer, and as an elected policymaker, I am puzzled and shocked by the decision to sign such an agreement without consultations and negotiation. I hope these consultations occur within Armenia and the Diaspora, including some of our allies, like France. Still, one thing I will not do is to question the heart of our government leaders in Armenia. I ask you to do the same.  This is not the time. Nelson Mandela wrote, “If we are together, nothing is impossible. If we are divided, all will fail.”

As to the decision on the policy of appeasement, the timing, the scope, and contents, I do not know enough, nor am I privy to intelligence reports or geopolitics of 3 former soviet republics still attempting to shed their oligarchic pasts. This dynamic is more complicated than you think. I have taught in Armenia every summer for the last seven years. I humbly trained some of Armenia’s government and military leaders. They are all good people, trying to do their very best under a challenging set of circumstances, lack of resources, and equipment.

The truth is that Armenia’s strategic interests have been compromised years ago by various oligarchs, who exploited strategic assets like energy, defense, telecommunication, etc. for their self-interests and the interests of their foreign partners.

While Armenia’s national spirit and heroism have always been remarkably high, people still suffer from the lack of resources because they were stolen. Instead of building an invincible national defense apparatus among historical enemies, Armenia is forced to buy second-hand weaponry from Russia. If there is anything we can learn from this devastating experience, it is to build a state-of-the-art military apparatus in Armenia not because we seek war, but we seek peace.

Azerbaijan and Turkey wanted to finish what their “grandfathers had started,” according to President Erdogan of Turkey. Because of the heroics of men and women in the Armenian armed forces, they simply could not.

The war Azerbaijan and Turkey thought they would win in a few days ended up being 43 days. Armenians did not fight Azerbaijan; if they did, the result would be different. Armenians fought the state-of-the-art armed forces of Turkey, Pakistan, and mercenaries collected from Syria and Libya’s battlefields.

Azerbaijan had friends and allies who delivered; we had only promised and well-intentioned supporters. On the bright side, they failed on their mission. Armenians remain on their ancestral lands. We lost dear friends, especially in the military.  I will only see their graves when I return to Armenia next year. I am convinced they did not die in vain. They fell to protect their land and people. They died, preventing a genocide.

We don’t know if this peace deal is implementable with no changes. I hope cooler heads prevail. I expect developed nations to push back on this land grab. Regardless, I know that without the Recognition of Artsakh by the rest of the world, we will find ourselves in this same position five years from now once the Russian military leaves.

Therefore, we have five years to improve Armenia’s diplomatic corps to improve relationships so that allies deliver more than good intentions. We have five years to turn Armenia’s advancements into technology to create a robust defense industry in Armenia. We have five years to build a 21st-century defense apparatus with the most sophisticated weaponry available. If Azerbaijan could buy from the United States through Turkey and Israel, so can Armenia. One thing is for sure, the Armenian army will never go into battle without the latest equipment. I hope the $150 million raised in the last 40 days becomes the down payment for Armenia and Artsakh’s future.

As an American professor, lawyer, and mayor of Armenian ancestry, I commit to teaching and advising. In his speech to the boys of Harrow School in England, Winston Churchill in October of 1941, said in part, “never give in, never, never, never, never in nothing, great or small, large or petty-never give in except to convictions of honor and good sense.” We will not give in. Our principles and our ancestral lands are 3,000 years old.

“I should like to see any power of the world destroy this race, this small tribe of unimportant people, whose wars have all been fought and lost, whose structures have crumbled, literature is unread, music is unheard, and prayers are no more answered. Go ahead, destroy Armenia. See if you can do it. Send them into the desert without bread or water. Burn their homes and churches. Then see if they will not laugh again.”

We always have, and we always will.