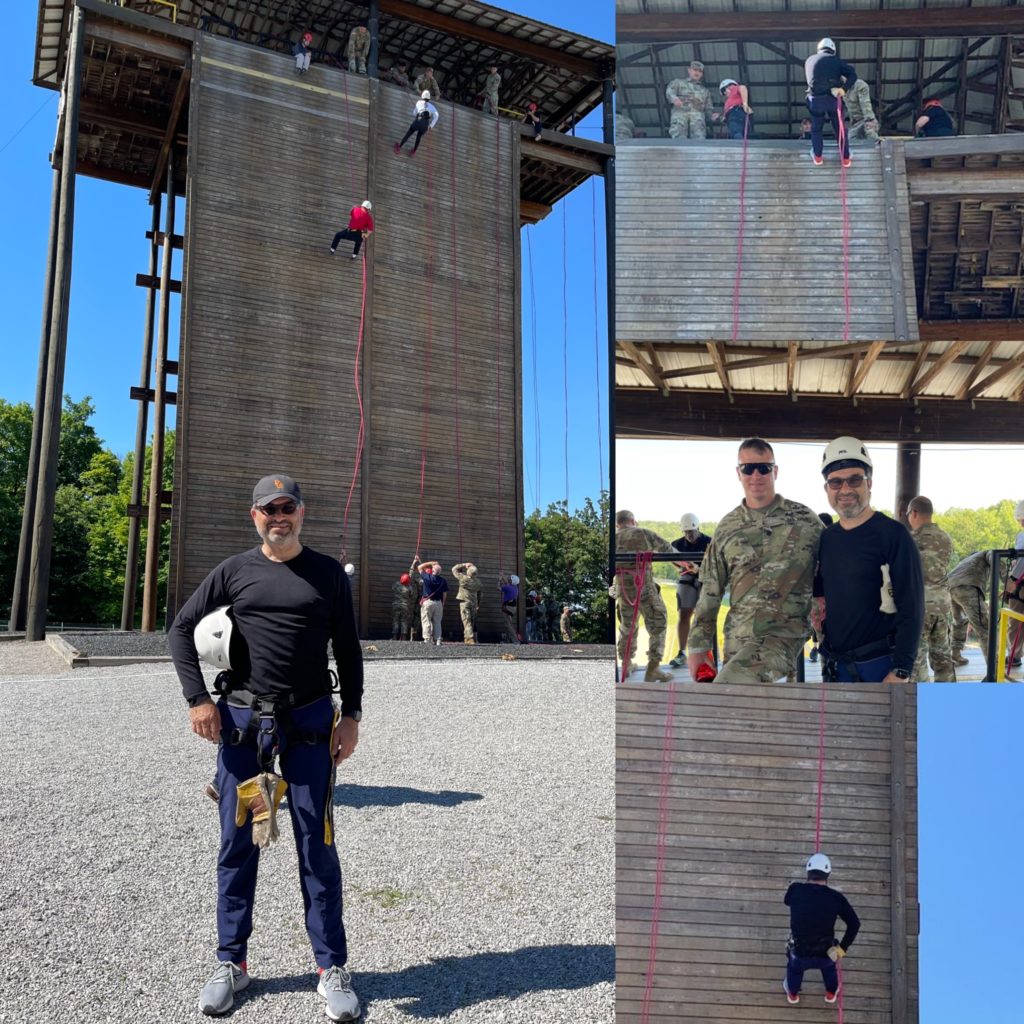 I tell my students to remain hungry for knowledge by committing to be a student for life. I always am. But I am also a teacher by family tradition for life. I will never let a good leadership lesson go to waste. As a pracademic, I teach or share what I learn and what I know. While most of what I know over the last three-plus decades relates to public policy, management and law, what I learned last week at the U.S. Army Cadet Command at Ft. Knox is quite insightful and the purpose of this blog.

The U.S. Army, Navy, and Air Force partner with universities to recruit, educate, train, and commission leaders of character in their respective Reserve Officer Training Corps (ROTC) programs. We at USC continue to enjoy a long and productive relationship with the United States military for over a century. The legacy of success among our Trojan Batallion scholar graduates is unparalleled. I am proud to claim that we have more than 200 notable USC ROTC alumni making the ranks of flag (general) officers in the U.S. military. The ROTC programs at USC became part of the USC Sol Price School of Public Policy in 1984. I am honored to direct these programs (AROTC, AFROTC, and NROTC) as the faculty member in charge of 300 outstanding scholar cadets. Along with my USC colleagues, we remain committed to maintaining the most elite ROTC program here at USC.

My trip to Ft. Knox

Remaining faithful to our tradition and our commitment to our U.S. Army ROTC program, I accepted an invitation of Major General John R. Evans, Jr. and his staff to attend the U.S. Army Cadet Command at Ft. Knox, Kentucky. In 2014, the U.S. Army consolidated all collective Army ROTC summer training at Ft. Knox. Approximately 40 colleagues from various universities around the nation joined the program to experience what our cadets experience and provide input for the common good. The program was invaluable to understanding the needs for resources better and best serving my scholar cadets.

Simply put, a sound organizational structure or system based on proper knowledge and resources is enough to overcome fear instead of avoiding fear. Self-confidence and mental discipline are the goals of the 64-foot rappel tower at Ft. Knox. This conclusion may be an oversimplification but a great lesson in developing leadership skills.

I had never rappelled in my life. Rappelling is the art of lowering yourself down a rope in a controlled manner. Yet after a one-hour briefing and demonstrations with professional instructors of the U.S. Army, I acquired enough knowledge to understand the science behind the system of frictions. I understood the functions of the rappel masters and belayers to be crazy enough to step off the equivalent of a six-story building backward dangling by a rope.

Given the height and the inexperience, I thought I would hesitate. I did not. My fear was overcome by me immediately following what I learned in the structure or the system. I yelled right hand (my dominant hand) to allow my rappel master to hook my rope correctly. I then looked straight down 64 feet, informing my belayer (the person who acts as the safety valve in case of a fall) that I was ready to rappel. Then went through my safety sequence 1 (rope), 2 (hook), 3 (feet), and 4 (my destination; the ground).

I began my descent, repeating the safety sequence on the orders of my rappel master. Frankly, there is no time to fear as you follow instructions, and there is no room to avoid fear but only the opportunity to overcome it. Voila, I was down on the ground in no time, reaching the goal I set out 64 feet ago.

While this training of the U.S. Army teaches infantry skills to young cadets, the life lessons I drew during this exercise are genuinely remarkable.

Knowledge is a state of awareness and understanding. But knowledge without action may be meaningless. Knowledge gives us the power to mobilize our efforts in the right direction. Knowledge helps us drive a bus, ride a bike or play an instrument. In this case, knowledge allowed me to jump off the roof of a building. Something I had never experienced in my life. Therefore, knowledge coupled with action is compelling.

Organizational Structure/System: An excellent organizational structure or system facilities the attainment of goals through the proper coordination of acquired knowledge. A sound system has checks and balances for the successful accomplishment of goals or the adjustments necessary. The U.S. Army has rappelling to a perfect system where a complete novice like me can step off a six-story building with the intent to reach ground overcoming and not avoiding fear. Indeed, I say overcoming because the U.S. Army knows that avoidance is not a permanent solution.